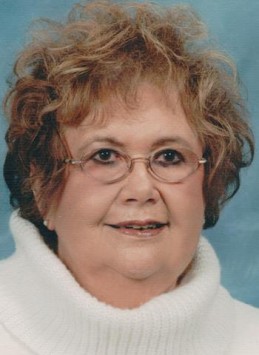 Winifred Randolph Jameson 88, of Frankfort, died at 8:35 a.m. Sunday, April 5, 2015 at St. Vincent Frankfort Hospital.  Born December 27, 1926 in Tell City to Ernest & Pearl (Holp) Owen.  She married William N. Randolph on July 1, 1944 and he preceded her in death on August 15, 1970. She then married Harry W. Jameson on December 26, 1970 and he preceded her in death on April 28, 2000.  Mrs. Jameson attended Frankfort Schools. A waitress, she worked at the Williamsburg Inn, Frankfort Country Club, Ulen Country Club and the Common Grounds. She formerly attended the Faith Family Church.

Visitation will be from 10 a.m. until the time of service at 11 a.m. on Thursday, April 9, 2015 at Goodwin Funeral Home, Frankfort. Paul Whitaker will officiate. Entombment will follow at the Clinton County Mausoleum in Green Lawn Cemetery. Memorial donations may be made to Clinton County Humane Society or Esophageal Cancer Walk.