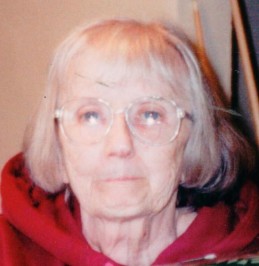 Vernabell Boulden 87, of Frankfort, IN, died at 6:40 a.m. Thursday, December 4, 2014 at St. Vincent Frankfort Hospital. Born December 20, 1926 in Hartford City, IN to Ora & Hazel (Manning) Campbell. She married James Lawson Boulden on January 12, 1946 in Logansport and he preceded her in death on March 6, 1993. Mrs. Boulden was a graduate of Logansport High School. She had lived in Hartford City, Logansport and had been a Clinton County resident for over 55 years. She had formerly attended the Eastside Christian Church. Vernabell was a homemaker.

Visitation will be Monday, December 8, 2014 from 4-7 p.m. at Goodwin Funeral Home. Services will be 10:30 a.m. Tuesday, December 9th at the funeral home. Entombment will be in Green Lawn Mausoleum.