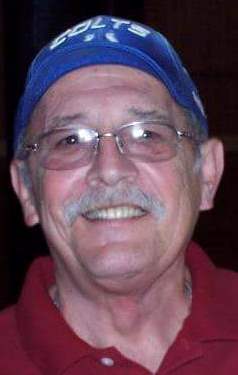 Timothy E. Boyles 67, of Frankfort, died at 10:27 a.m. January 3, 2016 at St. Vincent Hospital, Indianapolis. Born December 16, 1948 in Kokomo, IN to Daniel & Mary (Thompson) Boyles.  On June 30, 1967 he married his high school sweetheart Connie (Snodgrass) Lane. He then married Esther Smith on April 25, 1977 and she survives. Tim was a 1967 graduate of Frankfort High School. He retired in 1997 after 30 years from Chrysler Transmission in Kokomo.  After being a wrestler himself in high school, Tim loved watching his son, Cory, wrestle. He was a friendly man who enjoyed a beer with friends in the afternoon. He was passionate about his cars, of music, and watching digging dirt on TV. Tim’s greatest joy, however, was his family. Esther, his wife of nearly forty years, his sons, Tim and Cory, and his four grandchildren, Kole, Konnor, Parker, and Paisley.

Visitation will be 4-7 p.m. Wednesday, January 6, 2015 at Goodwin Funeral Home. Services will be 1:30 p.m. Thursday, January 7th at the funeral home. Reverends Lewis Smith and Lewis Wheeler will officiate. Burial will be in Green Lawn Cemetery. Memorial donations may be made to Victory Chapel or Clinton County Humane Society.

his parents and a brother Danny Boyles.