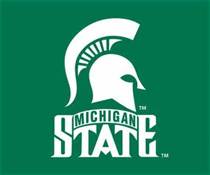 Ron J. Niemesh 66 of Frankfort, Indiana, died December 9, 2015 at St. Vincent Hospital, Indianapolis.  He was born September 9, 1949 in Toledo, OH to Raymond & Clementine (DeSimone) Niemesh.  He married Debby Quick on September 8, 1974 in Toledo and she survives

Ron was a 1967 graduate of Bedford High School, Temperance, MI and a 1971 graduate of Michigan State and was a member of Delta Sigma Pi Fraternity. He received his BA from Michigan State and then received his MBA from University of Toledo. He grew up in Michigan and moved to Frankfort in 1990. Ron worked in manufacturing management, working for Federal Mogul for 8 years, was Clinton County Treasurer for 4 years and was on air and reported sports on WILO radio. He served as president of Rotary, YMCA Board of Directors and United Way. He was also a Frankfort Baseball Inc. Board Member.

Visitation will be 3-7 p.m. Monday, December 14, 2015 at Goodwin Funeral Home. Services will begin at 7 p.m. at the funeral home. Burial will be in Ottawa Hills Memorial Park, Toledo, OH at a later date. Memorial donations may be made to the Clinton County YMCA.

He was preceded in death by his father.