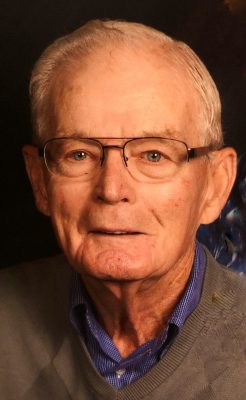 Robert was a 1950 graduate of Kirklin High School. He was a dairy farmer his entire life and was a sales associate with McIntyre Wiley Auction.  He attended New Hope Church.  Robert was a lifetime member of Holstein Association, was a credited dairy cattle judge, showed cows in 11 states and developed the 3rd highest holstein herd in the nation. To all that knew him, he will be remember as the “Cow Man”

Visitation will be 10 a.m. -1 pm. Thursday, December 19, 2019 at Goodwin Funeral Home, 200 S. Main St., Frankfort. Funeral celebration will begin at 1 p.m. at the funeral home. Burial will be in Mud Creek Cemetery, Elizaville, Ind. Memorial donations may be made to New Hope Church.

He was preceded in death by his parents, 2 brothers, Hugh Wiley and Bruce Wiley and sisters-in-law, Marilyn Wiley and Jackie Wiley