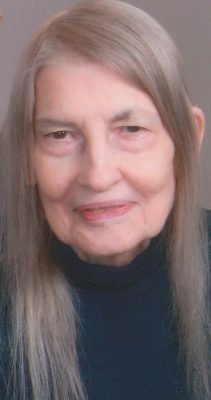 She was a 1954 graduate of Lebanon High School.  As a member of Indiana Rural Youth, she served as Boone County’s secretary from 1955 – 1960 and in 1960 – 1961 was the State Secretary.  Nancy married John Edward Hobaugh on August 19, 1961.  She was a member of St. Mary’s Catholic Church.  A homemaker, she especially enjoyed spending time with her children and grandson.

A Funeral Service will be held at 10:30 a.m. on Friday, April 30, 2021 at Goodwin Funeral Home, 200 S. Main Street, Frankfort.  Friends may visit 4 - 8 p.m. on Thursday, April 29, 2021 at the funeral home. Out of respect for the health, safety, and comfort of all in attendance, guests will be expected to adhere to current CDC guidelines regarding appropriate social distancing and the wearing of masks.