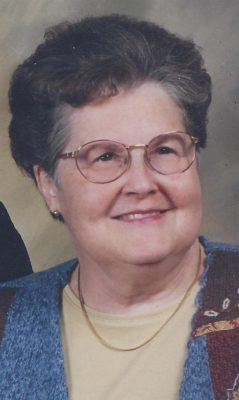 Marilyn was a 1951 graduate of Jackson Township High School and was President of her class. Growing up Marilyn enjoyed participating in 4-H, doing sewing projects and showing cattle. She worked at Wesley Manor dining room, Clinton County Chamber of Commerce and Jackson Elementary School, where she was a secretary and teachers’ aide.  She was a member of the Antioch Church, where she taught Sunday School for many years and was active in Women’s Fellowship.  Marilyn enjoyed sewing, quilting, and spending time with her family.