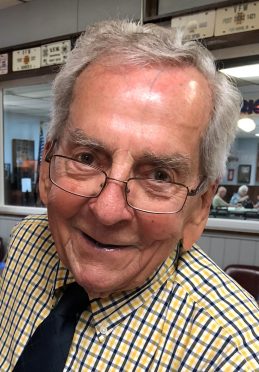 Mr. Brower was a 1942 graduate of Lafayette Jeff High School and attended Purdue University.  He served as Sergeant in the United States Marine Corp in Okinawa from April 1943 to March 1946.  Lloyd was Manager at the Frankfort Country Club for 23 years and Clinton County Veteran’s Affairs Officer for 16 years.  He was a member of St. Matthew United Methodist Church, a life member of the VFW, Moose Lodge, American Legion, and a proud member of the Frankfort Marine Corps League Detachment 967.

Memorial Donations may be made in Lloyd’s honor to the Frankfort Marine Corps League #967, C/O LeRoy Zook, 210 East Sycamore Lane, Frankfort, IN  46041.

He was preceded in death by his parents, wife, 3 brothers: Leon Brower, Loren Brower, and Lowell “Dode” Brower, and a great-grandson: James Deering Peake.