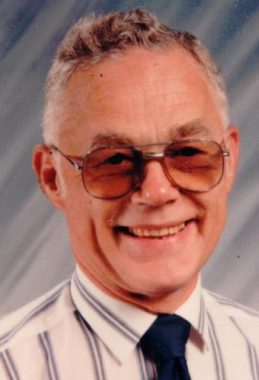 Latham Lane Lawson 85, of Frankfort, Ind., died at 11:55 p.m. November 12, 2016 at Wesley Manor Health and Retirement Community.  Born October 9, 1931 in Boone County, Ind. to the late Lynzo & Catherine (Lane) Lawson.  He married Rita Jane Foster on September 7, 1958 in Jasonville, Ind. and she preceded him in death on December 12, 2010. Latham was a graduate of Mulberry High School and Indiana State Teachers College.  He received BS in History and MA in Social Studies and completed graduate courses in 6 different schools. He taught U.S. History, Government & Economics in Culver Community High School for his entire teaching career.  He was a licensed starter for the school track events. Latham served as Dept. Chairman and President of the Local Teachers Assoc. and served as chairman of the North Central Division of the Indiana State Teachers Assoc., twice.  A proud veteran of the U.S. Navy, he served from April 16, 1951 to April 1, 1955 during the Korean War.  He received the Air Medal for 36 combat flights, and was stationed for 13 months in Japan. Latham was a lifetime member of the Wesley United Methodist Church, Culver, Ind., a member of the choir for over fifty years, lay leader for over 35 years and taught Sunday school for over 20 years.  Latham served as Den Master of the Culver Cub Scouts. He served on the local election board for over twenty years, served on the Culver-Union Township Park Board, the Culver Town Board and the Culver-Union Township Public Library. He also served as President of the Culver Jaycees, Culver Kiwanis and member for Board of Directors of Marshall County Community Foundation and the Marshall County Teachers Credit Union.