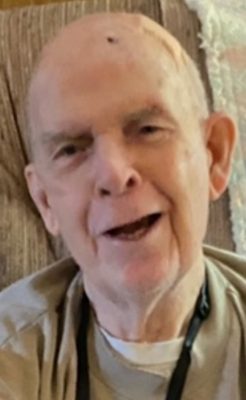 Larry attended Frankfort High School and was a lifelong Frankfort resident.  He was a veteran of the U.S. Navy, serving from 1955-1959.  He had worked at Peter Paul for 22 years and then Zachery Confections for 22 years before retiring.  Larry enjoyed bowling, and hunting, being outdoors, working in his yard, garden and with flowers. He was known as a hard worker and loved spending time with family.

In addition to his parents and spouse, he was preceded in death by 6 brothers, Robert, Ralph, Russell, Ray, Richard and Donnie and 3 sisters, Margaret Larimore, Genevieve Bushman and Carolyn Brittain and one great grandchild, Mason Stillwell.