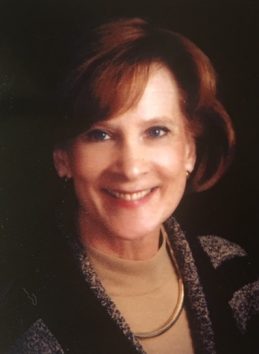 LaRose M. “Rosie” McKinney, 67, of rural Frankfort died surrounded by her family at 9:45 p.m. November 25, 2016 in her home.  Born October 25, 1949 in Frankfort, Ind., to Russell and Shirley (Dawald) Newell.  Rosie was a 1967 graduate of Clinton Central High School.  She married Jay T. McKinney on July 6, 1969 in Michigantown Christian Church and he survives.  She taught preschool at Learn ‘N Play Preschool in Michigantown Christian Church for 32 years and also worked at the Michigan Road Library from 1988 until present.  She is a member of Michigantown Christian Church and was very active, teaching Sunday School and was past Vice President and Secretary of the Women’s Council.  She enjoyed scrapbooking, sewing, cooking, and especially spending time with her grandchildren.

Memorial donations may be made in Rosie’s honor to Michigantown Christian Church with envelopes available at the funeral home.

Rosie was preceded in death by her parents.