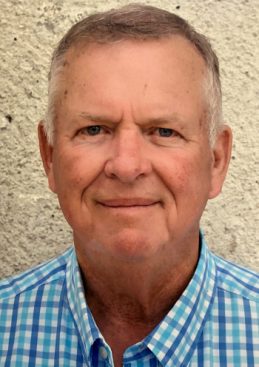 Karl Max Friedrich, 77, went home to be with our Lord on December 28, 2022. He was born to Herbert and Betty (Blinn) Friedrich on February 19, 1945 in Frankfort, Indiana. He attended Clinton Prairie High School graduating in May of 1963. And went on to obtain his Bachelor of Science Degree in Agronomy from Purdue University in 1968. While at Purdue, he married Carolyn Sue Palmore on August 28, 1966, who was his high school sweetheart. He served from 1968 to 1974 in the United States Coast Guard in St. Clair, Michigan. He returned home after his service and began working at the Farmers Bank as a farm loan officer. During this time, he also farmed with his father. He retired from the bank after 32 years of service in April of 2004. He continued farming with his son until his passing. He enjoyed basketball, fishing and traveling with his wife. He had a life-long passion for aviation. He obtained his private pilots license at the age of 19. He continued on to receive his instrument rating, multi-engine rating, as well as his helicopter license and instrument rating. He was a life-long member of the Indiana Flying Farmers and a past President. He was a member of the Antioch Church where has served in many different compacities.

Visitation will be held at Goodwin Funeral Home, 200 S. Main St., Frankfort, on Wednesday, January 4, 2023 from 4 to 8 p.m. Funeral services will be 10:30 a.m. Thursday, January 5th at Antioch Church, 4625 S St. Rd. 39, Frankfort. Memorial donations may be made to the Antioch Church. Burial will be in Bunnell Cemetery.

Karl was preceded in death by his parents and infant grandson Paul Michael Bruton.