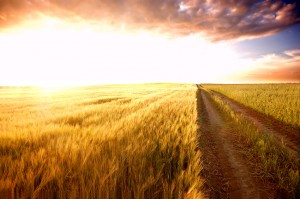 John I. ”Jack” Sharp 89, of rural Frankfort, died at 9:13 p.m. Tuesday, April 1, 2014 at St. Vincent Frankfort Hospital. Born September 18, 1924 in Frankfort to the late Harold E. & Esta (Smith) Sharp. He married Elizabeth Joan Sharp on December 3, 1944 in Frankfort and she preceded him in death on January 10, 2011. A lifelong Clinton County resident, Mr. Sharp was a 1942 graduate of Michigantown High School and took the Purdue Agriculture Short Course. He was a farmer for 40 years and drove the #2 school bus for the Community Schools of Frankfort for 30 years. He was a veteran of the U.S. Army. Mr. Sharp was a lifelong member of the St. Matthew United Methodist Church, a life member of the Frankfort Optimist, member of the Frankfort Elks and American Legion and on the Farm Bureau Board of Directors. John was an avid bowler and sports fan.

a son, Tom Sharp and a grandson, Ryan Sharp.

9 Condolences for “John I. “Jack” Sharp”