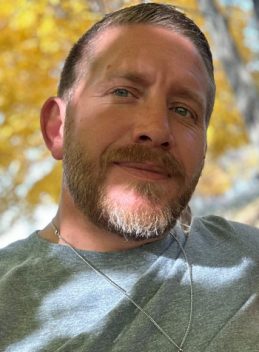 Jeremiah was a 1998 graduate of Clinton Prairie High School.  Following high school he attended Parkland Junior College in Champaign, IL on a Basketball Scholarship, walked on to play basketball for University of Indianapolis and received his bachelor’s degree in communication from Purdue University.  He was currently working in Quality Control for NHK in Frankfort.  Jeremiah attended Connection Point Church in West Lafayette. He was a member of the NRA, was a fan of the Indianapolis 500.  His senior year of high school, he was the only male to be nominated for McDonald’s All-American Team from an 1A school.  Jeremiah took pride in giving back to the youth.  Basketball was his life and he coached at Legacy in Lafayette and previously coached at Benton Central, and Frontier in the past. He also gave private basketball lessons. Coaching was a passion of his.  He was a huge Dave Matthews fan, enjoyed hanging out with friends and playing video games.  His greatest joy was spending time with his family, especially his daughters.

Visitation will be 3-7 p.m. Saturday, January 21, 2023 at Goodwin Funeral Home. Funeral services will be 1 p.m. Monday, January 23, 2023 at the funeral home. The family requests all guest come as if they were going to go play basketball. Memorial donations may be made to Purdue Federal Credit Union, (with checks payable to Conda Julian), 1551 Win Hentschel Blvd., W. Lafayette, IN 47906 for the benefit of his daughter’s college funds. Burial will be in Lincoln Memory Gardens, Whitestown, Ind.