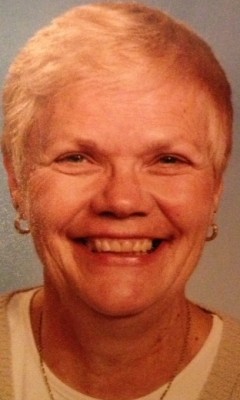 Jane A. (Shoemaker) Miller, 67, of rural Frankfort, IN, died at 11:43p.m., March 2, 2013, Indiana University Hospital, Indianapolis, IN. Born March 25, 1945 in Frankfort, IN to Harry & Elizabeth (WALTRIP) Shoemaker Sr. She married Michael D. Miller on December 22, 1967 at the Woodside Christian Church, Frankfort, IN and he survives. Jane, a lifelong Clinton County resident, graduated from Frankfort High School in 1963 and for over 20 years worked for the Clinton Prairie School Corporation in the Cafeteria. She is a member of the Manson Christian Church, enjoyed gardening, and especially enjoyed cooking for her grandchildren.

She was preceded in death by two Brothers-Robert Shoemaker and Harry Shoemaker Jr.

22 Condolences for “Jane A. (Shoemaker) Miller”