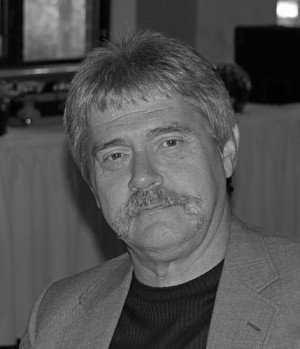 Charles T. (Tom) Weidner, 62, of Frankfort, passed away at his home peacefully on April 6, 2013 after a brief illness. Born November 14, 1950 to Chas Weidner, Jr. and Eileen (Garrison) Weidner, he grew up in Mulberry, but lived the majority of his adult life in Frankfort. He formerly attended and was confirmed at the Trinity United Church of Christ in Mulberry. Tom was a 1968 graduate of Clinton Prairie High School and received an Associates Degree from Fort Wayne Business College. He married Ruth E. Underwood on June 2, 1971 in Frankfort. He served in the United States Air Force from September 1970 to August 1977 attaining the rank of Staff Sergeant. He was stationed in Grand Forks, ND, Bitburg ABS, Germany, and Grissom AFB. Tom was a passionate, caring man with an undeniable work ethic. He was employed in the finance industry as an associate of Leavell & Bates from August 1977 to October 1993. He co-owned and operated Bruno’s Swiss Chalet, along side his wife of 41 years, from November 18, 1982 to November 9, 2003. He continued to carry on the legacy of Bruno’s, working part time since May 2004 for the new owners. Tom was an avid sports fan whose passions included playing golf, traveling and supporting his family in all their endeavors.

Visitation will be from 5:00 – 8:00pm on Wednesday, April 10 at Goodwin Funeral Home. Funeral services will be held on Thursday, April 11 at 11am, with his brother-in-law, John Moore, officiating. Tom will be laid to rest at Bunnell Cemetery immediately following the funeral service. Memorial donations may be made to Clinton County Cancer Society or a charity of your choice.

He was preceded in death by his parents and infant twin sons.