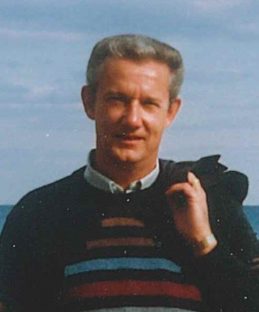 Memorial donations may be made in Jim’s honor to the First Evangelical Presbyterian Church, 352 W. Clinton Street, Frankfort, IN 46041.

A Graveside Service will be held at a later date in Green Lawn Memorial Park.  Clinton County Crematory and Goodwin Funeral Home, 200 S. Main St., Frankfort are honored to assist the family with arrangements.

He was preceded in death by his parents and sister: Joan Fuller.