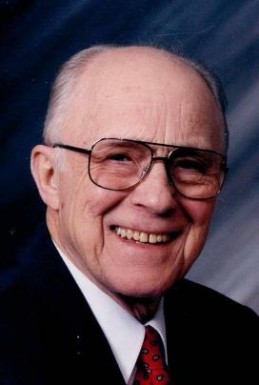 He graduated from Princeton High School in 1941. Shortly after graduation he served our country for four years during World War II as a Radio Intelligence Technical Sergeant in the Pacific. After the war, he graduated from the American Television Engineering School in Chicago in 1948. He worked for P.R. Mallory for 32 years. One of his greatest achievements was teaching the 70 & 2 Class at the First Baptist Church for 38 years as well as being a Deacon and serving on many church committees. He was a member of the American Legion Post #12. He liked Purdue, but loved I.U. Basketball.

Charles loved and cherished his family and they him! God has truly blessed anyone that God put in his path. Dad not only “talked the talk, but walked the walk.” We all love you and will miss you Charles/Dad/Grandpa.

Services will be held at 1 p.m. Tuesday, December 8, 2015 at the Goodwin Funeral Home. Friends may visit from 4-7 p.m. Monday, December 7, 2015 at the funeral home. Burial will be in Green Lawn Memorial Park in Frankfort. Memorials may be made to the First Baptist Church or St. Jude Children’s Hospital. Envelopes will be available at the funeral home.

Preceding him in Glory were brothers Robert (wife-Genevieve) Wright of Princeton, Jerry (Wife-Virginia) Wright of Hazelton, Little Jimmy (age 2) of Princeton and his sister Doris (Husband-Robert) Fromm of Princeton.