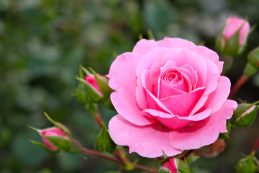 Betty J. (Mason) Brandt Bayless 92, of Rochester, IN, passed away peacefully on September 21, 2019, after a short illness, at Miller’s Merry Manor, Logansport.  She was born January 26, 1927 in Ervin Township, Howard County, Indiana to the late Glen Benjamin & Stella (Degraffenreid) Mason.  She married Joe B. Brandt on March 9, 1947 in Kokomo.  After his death she married the late Don H. Bayless at Bruce Lake, Indiana in 1965.

Betty was a 1945 graduate of Kokomo High School and was employed by Hayes Stellite.  She retired, in August of 1987, after 26 years being the manager and assistant cashier at Union State Bank, Kempton, Ind.  While living in Clinton County, Betty was active with the Scircleville United Methodist Church, and was involved with the Jackson Township Home Ec. Club, Kempton Women’s Study Club and served on the board of the Clinton Central School District Food Distribution Program.  In 2004 Betty moved to Rochester, Indiana until her health declined and then moved to Miller’s Merry Manor, Logansport.

The family wishes to thank Miller’s Merry Manor and Logansport Memorial Hospital for their wonderful care and kindness given to Betty.