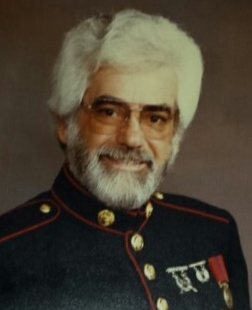 William H. Jones (Papa, Bill, Jonesy) of Kokomo passed away peacefully at his home on June 17th at 3:10am with his loving sons by his side. He was born February 4th, 1938 to Kenneth and Nellie (King) Jones in Frankfort, IN. Bill’s greatest joy in life were his twin sons, Adam and Alex. From the day they were born ’till his final days on earth, just the mention of their names brought him smiles and comfort. There aren’t enough words to express what an amazing, loving and caring “Papa” he was.

In 1956, he enlisted with the US Marine Corps where he proudly served 2 years at the Marine Corps base 29 Palms California. Following an honorable discharge, he served 4 years with the 9th Marine Corps Reserve and recruitment district. He then went on to work a dedicated 42 years in the die cast plant at Chrysler.

Bill will be remembered by all who knew and loved him for his passion for music. He took great pride in his massive collection of LPs, 45s, and jukeboxes and will be remembered by all for his singing voice, storytelling and huge personality. His constant optimism and cheerful outlook inspired and touched all who had the good fortune of knowing him.  Bill spent the last nine years of his life with his fiancé Rosie Harmon by his side. Together they traveled the country, from Florida to the west coast and of course many trips to Wrigley Field to see his beloved Chicago Cubs. He waited all his life for a Cubs World Series championship and finally got it in 2016. About time!

At Bill’s request, there will be no visitation or services. He wants you to remember his handsome face just as it was. “I’ve lived a life that’s full, I’ve traveled each and every highway, But more, much more than this, I did it my way” - Frank Sinatra