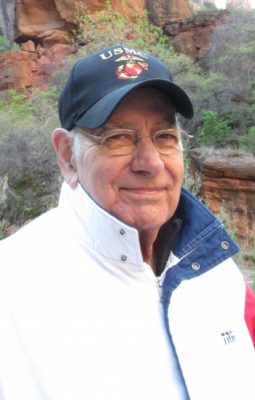 Bill was a 1954 graduate of the University High School at The Ohio State University, he then went on to attend The Ohio State University.  A veteran of the U.S. Marine Corps Reserve, he served from 1958-1964.  Bill was a Television News Anchor & Documentary Producer, working for TV13 in Indianapolis, Channel 7 in Evansville and TV18 in Lafayette. In his early television days in Ohio, he was known as the Singing Cowboy.  He then went on to own The McCormick Company, Inc., and Walnut Ridge Media.  Bill had a strong and deep faith in our Lord and Savior, Jesus Christ, which guided him in his everyday life.   He was a member of the First Evangelical Presbyterian Church in Frankfort, where he was a deacon, member of Frankfort Rotary, and a board member of Paul Phillippe Resource Center.  Bill was a videographer for Frankfort Community Events. He loved horse trail riding with his wife Sheri, and especially loved his family and grandchildren.

24 Condolences for “William B. McCormick”