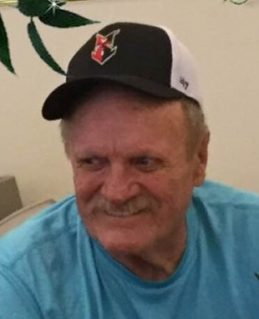 Wayne was a graduate of Kirklin High School.  A 20-year veteran of the U.S. Air Force retiring in 1979, he worked as a civilian contractor for the Air Force after his retirement.   He was a member of the Scotland Christian Church, the Frankfort Moose Lodge, the Kirklin American Legion and the Elks in Chandler where he was Elk of the year.

Visitation will be from 4-7 p.m. Thursday, March 14, 2019 at Goodwin Funeral Home, 200 S. Main St., Frankfort. Funeral Service will be 10:30 a.m. Friday March 15th at the funeral home. Burial will be in Oak Hill Cemetery, Kirklin, IN. Memorial donations may be made to the Kirklin American Legion, or Scotland Christian Church, envelopes will be available.

He was preceded in death by his father and a great grandchild, Lily.