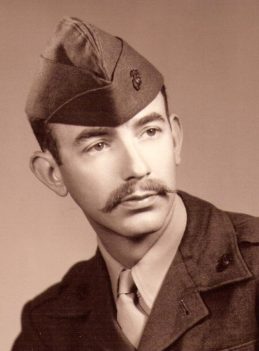 Warren G. Leonard died on September 5, 2020 at St. Elizabeth Hospital in Lafayette, Indiana.  He was born July 19, 1937 in Rensselaer, Indiana to Floyd and Esther Leonard.

He graduated from Frankfort High School in 1955 and in 1956 he enlisted the United States Marine Corp. where he served for 6 years.  Afterwards, he joined the U.S. Navy and retired from there in 1979.  He worked at Lafayette Instruments and Lake Erie Screws as quality control before retiring in 1995.

He was married to Sue Leonard and they divorced. In 1980, he married Sharon King and she survives. Warren was an avid reader and visited libraries in Rossville, Mulberry, Lafayette, Purdue and especially Frankfort. He enjoyed watching sports on T.V. and was a Chicago Cubs fan.

Private family services will be held. Donations may be made in Warren’s memory to the Frankfort Community Public Library or the Clinton County Humane Society.

He was preceded in death by his parents and his son, Jim Leonard.