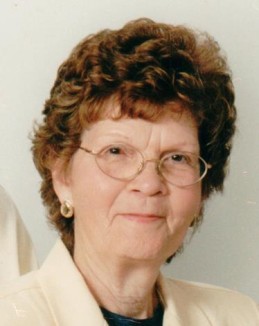 Virginia was a 1949 graduate of Thomas Walker High School in Ewing, VA.  She had lived in Virginia, Tennessee before moving to Frankfort in 1957.  She worked at Mallory Controls for 24 years, retiring in 1988.  Virginia was a member of the Wea Ridge Baptist Church in Lafayette.

Funeral Services will be held at 3 p.m. Wednesday, March 16, 2016 at the Goodwin Funeral Home. Friends may visit from 1 p.m. until time of service on Wednesday. Burial will be in Green Lawn Memorial Park. Memorial donations may be made to Clinton County Cancer Society.

In addition to her parents and her husband, she was preceded in death by sister, Elizabeth Maddle, brothers, Robert, Avery, Charles and Thomas Doyle, step-brother, Rex Doyle and step-sister, Cleo Wolfe.