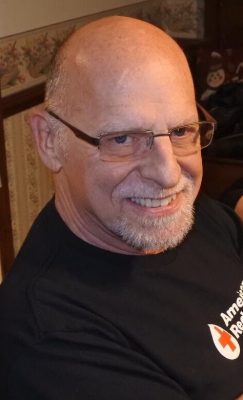 After graduating from Clinton Central High School in 1974, Tim went onto become an over the road truck driver.  This career path allowed him to not only explore the country coast to coast, it also gave him ample time to ponder life’s greater meaning.  Timothy Sheets was a simple man, a quiet man, but also the most caring, fun-loving and witty person to those that had the pleasure of knowing him.  He was a devoted father and took great pride in providing for his family.  In his spare time, Tim enjoyed visiting with his family and friends, going out to eat, listening to late night radio programs, and watching his favorite tv shows.

A private celebration of life for close family and friends will be held at a later date. In lieu of monetary donations, please honor Tim’s legacy by donating blood at your local blood bank. In his lifetime, Tim had donated over 16 gallons of blood to the American Red Cross.