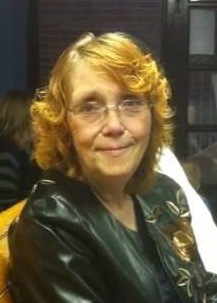 Theresa worked as a waitress for the Southside, Liz’s Diner, Sit-N-Bull and Duck in Diner.  She was a 1968 graduate of Frankfort Senior High School and was a member of St. Mary’s Catholic Church.  Theresa enjoyed making wreaths, crocheting, sewing, cooking and baking.

In addition to her mother and husband she was preceded in death by a daughter, Heather Ann Worley, an infant son, David H. Worley, and an infant sister, Anita Louise Davy.