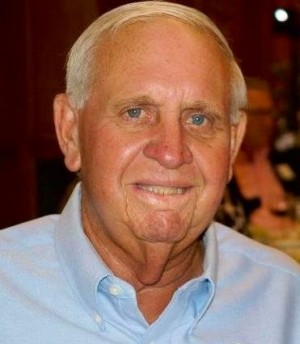 Terry Wayne Myers, 71, of Frankfort, Indiana and Ft. Myers, Florida passed away Thursday, March 21, 2013 at his home after a two year battle with pancreatic cancer. Terry was born June 30, 1941 in Frankfort to the late Walter William “Bob” and Mary Lou (Rauch) Myers. Terry was a 1959 graduate of Jackson Township High School and a 1963 graduate of Purdue University in Agricultural Economics. He married Sally Ransom on June 7, 1964 and she survives.
Terry’s farming career began as a young boy with his father and grandfather, Lewis Myers. Along with his brother-in-law, Pat Wayt, the farming operation of Myers-Wayt continued for the next 40+ years. Terry was a member of the First Evangelical Presbyterian Church where he served as a deacon and a trustee, and he was a part of the Tuesday men’s small group Bible study. He was elected to the Clinton County Council and served for twenty years. He was President for several of those years. He was also a past President of the Clinton County Fair Board, a founding member and past President of the Purdue Club of Clinton County, John Purdue Club, Frankfort Jaycees, Symposiarchs, and Clinton County Pork Producers.
Known by many of his friends as “Rudy”, Terry enjoyed his summer fishing trips to Canada with the “Company”; golfing with the Duffers; snowmobiling with many of his Purdue friends; and following the history of Lewis and Clark. Perhaps one of the things he enjoyed most in retirement was working for Habitat for Humanity of Clinton County. Terry spent many hours doing carpenter work, painting, mowing, and serving on its Board of Directors.
Terry loved spending time at Moonshadows, Sanibel Island, Florida. Many memories were made with family and friends during the years on Sanibel. Most recently, Terry and his wife moved to the Olde Hickory Golf Community in Ft. Myers where he had enjoyed meeting new golfing friends.
Even though Terry was involved in many activities, family was always his first priority. He spent many years helping his three daughters with their various 4-H projects and supporting them in their many other endeavors. He greatly enjoyed watching his grandson, Jacob, play football and basketball; his granddaughter, Emma, compete in swimming meets; and playing games with granddaughter, Abby. Terry spent many hours helping his son-in-law, Kevin, with the remodeling of his home on Ridgewood Drive.

In addition to his wife, Terry is survived by three daughters, Julie Myers of Indianapolis, Cathy (Kevin) Price of Frankfort, and Megan Myers of Harrison, Ohio; and three grandchildren, Jacob, Emma, and Abby Price. Terry is also survived by his sister, Dana and her husband, Pat Wayt of rural Frankfort; their daughters, Tracy Berry of Augusta, Georgia and Renee Shoemaker, of rural Frankfort. Time spent with brother-in-laws, Tom and Jack Ransom, and their families always brought many a laugh and fun time for Terry.