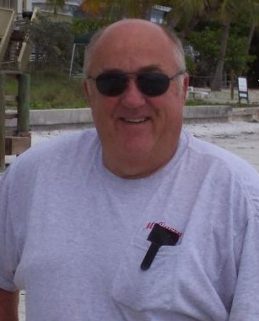 Terry attended Colfax schools and Clinton Prairie High School.  He was a life long Clinton County resident and farmer, retiring 3 years ago.  He had also owned his own trucking company for several years.  He was a former member of the Elks Lodge, Moose Lodge, and Young Farmers Group.  Current memberships included the Colfax Christian Church,  Eagles Lodge, and Son’s of the American Legion.

In lieu of flowers, please consider making a donation in Terry’s name to the charity of donor’s choice.

Visitation will be 12 Noon to 3 p.m. Sunday, November 14, 2021 at Goodwin Funeral Home, 200 S. Main St., Frankfort.  Funeral service will begin at 3 p.m. Sunday at the funeral home.  Burial will be in Green Lawn Memorial Park, Frankfort, IN.