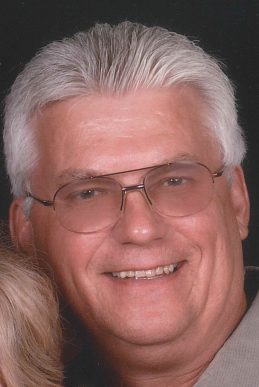 Stephen M. McIntosh, 69, of Frankfort, Ind., passed away on September 4, 2022 at Witham Hospital in Lebanon.  He was born on September 18, 1952 in Austin, Texas to Gerald “Jerry” and Jean (Arriola) McIntosh.  His former marriage was to Janella Collins.  He married Rita (Sexton) Wire on July 9, 1988 and she survives.

A lifelong Frankfort resident, Steve was a 1971 graduate of Frankfort Senior High School and earned his Associates Degree at United Electronics Institute in Louisville, Kentucky.  He was a longtime electronics installation and repair man working for Alpine, CMC Stereo, and Wholesale TV.  For the last 30 years Steve owned and operated McIntosh Electronics out of his home in Frankfort.  He was a member of St. Matthew United Methodist Church.  He enjoyed golfing, gardening, hiking, and traveling.  He was an avid Cubs fan, but his biggest love was being Pop Pop and his grandchildren’s biggest sports fan.

In lieu of flowers, memorial donation may be made in Steve’s honor to the Community Thanksgiving Dinner or the Frankfort Lagoons with envelopes available at the services.