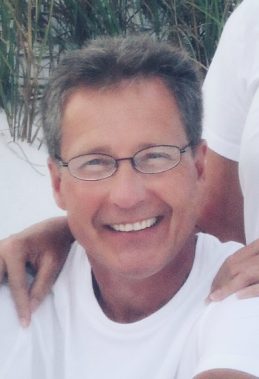 Stephen D. “Steve” Cunningham, 64, of Frankfort, passed away June 27, 2019 at I.U. Health Methodist Hospital, Indianapolis.  He was born March 23, 1955 in Frankfort, Indiana to Bill & Patricia (Crutchfield) Cunningham.  He married Charlotte Ward on October 23, 1982 and she survives.

Steve was a 1973 graduate of Frankfort High School and a lifelong Clinton County resident.  He retired in 2018 after 42 years with Federal Mogul where he was a National Certified Quality Engineer for 25 years.  Steve was of the Christian faith and was baptized in 1991. Steve was a former member of Frankfort Jaycees and was Jaycee of the year in 1990. A 25-year member of the Frankfort Moose Lodge, he played in the Moose Golf League where he was partners with his brother, Brad.  Steve enjoyed golfing, traveling with Charlotte, and cherished time spent with his children and grandchildren.

A funeral service celebration of Steve’s life will be held at 12 Noon Wednesday, July 3, 2019 at Goodwin Funeral Home, 200 S. Main St., Frankfort. Jeff Sarine will officiate. Visitation will take place prior to the service beginning at 10 a.m. at the funeral home. Burial will follow in Whiteman Cemetery, Michigantown. Donations may be made to Clinton County Boys and Girls Club.