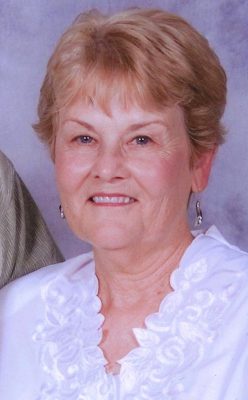 Shirley was a 1956 graduate of Colfax High School.  She was a homemaker and had worked in the telephone office inside the Manson Store then for Indiana Bell in Lebanon.  After 11 years of service at Peter Paul in Frankfort, she became the accountant for Egelhoff Auto Salvage in Geetingsville.  She had attended Manson Congregational Christian Church and also Geetingsville Presbyterian.  She was a member of the Order of Eastern Star.  Shirley was an artist and enjoyed ceramics, dolls, and stained glass.

Family services were held. Burial was in Geetingsville Cemetery. Memorial donations may be made to the Indiana School for the Blind & Visually Impaired, 7725 N. College Avenue, Indianapolis, IN 46240.