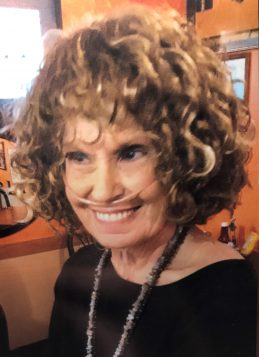 Shirley Evelyn Milton, 75, of Frankfort, died November 16, 2021 at Clinton House Health and Rehabilitation Center.  She was born October 29, 1946 in Lebanon, Ind. to Henry Franklin & Frieda Letitia (Wiles) Cavin.  She married Gary E. Hoffman on August 8, 1964 in Boone County and he preceded her in death.  She then married Robert Phillip Milton on July 28, 1979 in Frankfort and he survives.

Shirley was a 1964 graduate of Sheridan High School.  She grew up in Boone County and has lived in Frankfort since 1986.  She had worked at DelMonte, Mathews Wire, Dairy Queen, Gander Mountain and Wesley Manor.  Shirley enjoyed crafts and loved her dogs, Bo, Rufus and Oreo.

Visitation will be from 12 Noon- 2 p.m. Thursday, November 18, 2021 at Goodwin Funeral Home, 200 S. Main St., Frankfort. Funeral services will be 2 p.m. Thursday at the funeral home. Paul Whitaker will officiate. Memorial donations may be made to Muscular Dystrophy Association.

She was preceded in death by her parents and step-father, Charlie Ross.