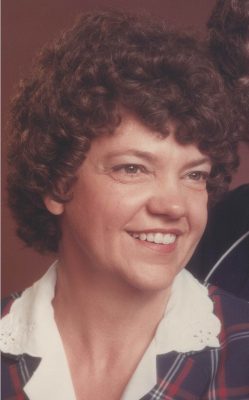 Selma was a 1956 graduate of Michigantown High School and served as treasurer for the Michigantown High School Alumni Association for 25 years.  She previously worked for the Soil Conservation Service, H&R Block, worked 24 years in the Clinton County Surveyor’s office and served as Clinton County Surveyor from 2002 – 2004.  Selma was a previous member of Hopewell United Methodist Church, First Baptist Church and previously attended the New Life in Christ Ministries in Frankfort.  After retiring, she and Reldo became snowbirds living in Venetian Park Estates in Sarasota, Florida.  They belonged to the Ambassadair Travel Club and traveled worldwide.  She and Reldo enjoyed square dancing in the Happy Hearts Club and she was a Scout volunteer.

Memorial donations may be made in Selma’s honor to the Paul Phillippe Resource Center, 401 W. Walnut Street, Frankfort, IN 46041.

She was preceded in death by her parents, spouse, and son Bret Ray Ridenour (1986).