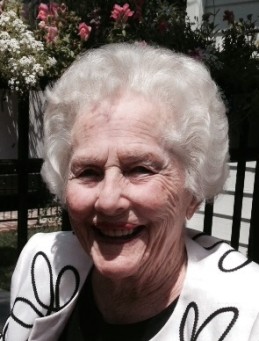 After moving to Frankfort in 1978 she and her husband opened Pearson’s Hallmark Store which they owned and operated. Rudy was a 1941 graduate of Shelbyville High School. She then attended Lindenwood College before attending Butler University where she was a member of Kappa Alpha Theta. Her memberships included St. Matthew United Methodist Church & Trinity United Methodist Church. She was a past board member of Clinton County Hospital and while in Indianapolis she was active in the Junior League.

Services will be held at 2 p.m. Monday, December 28th at the Goodwin Funeral Home. Friends may visit from noon until time of services. Entombment will follow the services in Green Lawn Mausoleum in Frankfort. Memorials may be made to Trinity United Methodist Church, 809 N. Columbia Street, Frankfort, IN 46041