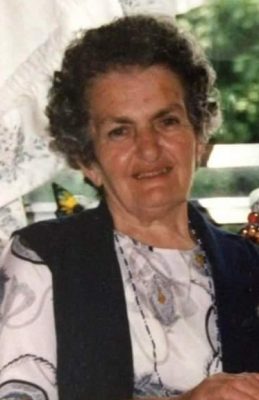 Ruth Ann Kelly (Shelley) was born November 19, 1932 and died on December 3rd 2022 at 90 years of age. Her parents were Joseph (Pid) & Bertha Shelley of Kirklin Indiana. Ruth had one sister Barbara Shelley (Gabbert) (Deceased) and a brother William Joseph (and Phyllis) Shelley who are still living.

Ruth married Robert (Bob) Kelly on November 13, 1971 and they combined their families together. Bob preceded Ruth in death March 4, 2004. They were married 32 years. Bob and Ruth lived most of their lives in Kirklin. They were known by many neighbors and the children they babysat for as Grandma and Grandpa Kelly. They loved meeting new people and once you met them, you were family.

We love and miss you Mom and Dad. We know you’re with Jesus. I am still looking forward to our foot race Dad. (Penny)

Donations may be made to Goodwin Funeral Home, to assist with final expenses.

There will be a Celebration of Life Event in warmer weather in Kirklin for friends and family to gather and remember how Ruth and Bob’s lives touched so many. To be continued...

Please complete the information below to make a donation in honor of Ruth Ann Kelly.