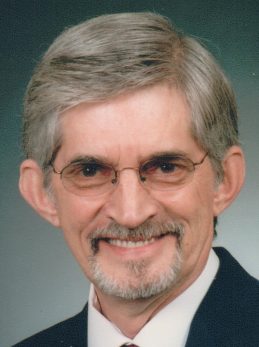 Russell J. Thompson 76, of Frankfort, IN, died at 7:01 p.m. May 6, 2016 at St. Vincent Frankfort Hospital, due to complication of diabetes.  Born December 30, 1939 in Clinton County to the late Russell Frey Thompson & Ruth (Sharp) Thompson Bozworth. He married Karen A. Baty in 1961 at Woodside Christian Church and she survives.  Mr. Thompson attended Frankfort High School.  He worked at Chrysler in Kokomo, retiring after 33 years.  He was a member of the Woodside Christian Church. Russell was an avid Purdue fan, enjoyed fishing and golfing.

Funeral services will be 2 p.m. Tuesday, May 10, 2016 at Goodwin Funeral Home, 200 S. Main St., Frankfort. Friends may visit from 12 Noon until time of service at the funeral home. Burial will be in Green Lawn Memorial Park. Memorial donations may be made to Woodside Christian Church, 1359 W. Barner St., Frankfort, IN 46041 or Clinton County Humane Society, P.O. Box 455, Frankfort, IN 46041; envelopes will be available.

In addition to his parents, he was preceded in death by a son, Kevin W. Thompson on January 10, 2007.