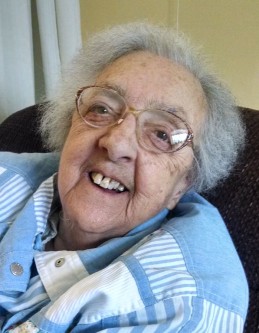 Ruby Marie Stewart Disinger 91, Frankfort, IN, died at 3:10 a.m. January 6, 2014 at Homewood Health Campus, Lebanon, IN. Born January 5, 1923 in Clinton County to James & Mertie (Branstetter) Harlan. She married George Stewart in 1946 and he passed away. She them married James Disinger on December 7, 1977 and he preceded her in death in January 1999. Mrs. Disinger attended Lafayette Jefferson High School. A homemaker, she was also a cook and waitress, working in several restaurants. She was a member of Faith Family Ministries. Ruby enjoyed bowling, spending time with her family and her grandchildren.

No visitation or services are planned