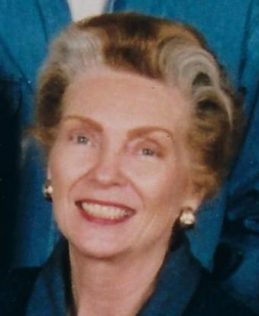 Rose E. Norris, 89, of Frankfort, died at 4:18 p.m. July 15, 2018 at Wesley Manor Health Care.  She was born January 30, 1929 in Evansville, Indiana to John George & Chlora (Dishman) Donnelly.  She married John C. Norris on August 2, 1949 and he survives. Rose was a 1947 graduate of Wiley High School in Terre Haute, Ind. and attended Indiana University.  She was a seamstress, had worked at the Frankfort Library and retired from Norris Office Products, where she was the bookkeeper.  She was a member of the St. Matthew Methodist Church.  As an accomplished seamstress, Rose designed clothing and twice placed first at the Indiana State Fair for dresses she had designed and made.  She also loved quilting and was an avid reader.  She was former president of Pink Ladies and former board member of Zonta International and a member of the Frankfort Quilt Guild.

A funeral service will be held on Wednesday, July 18, 2018 at 4 p.m. at the Goodwin Funeral Home, 200 S. Main St., Frankfort. Visitation will begin at 2 p.m. until time of service at the funeral home. Phil Lake will officiate. Burial will be in Bunnell Cemetery. Memorial donations may be made to St. Matthew United Methodist Church or Salvation Army of Frankfort.

In addition to her parents, she was preceded in death by a daughter, Janet Norris in 2009.