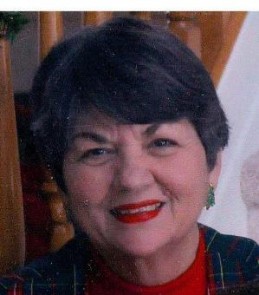 Rosalie “Lilly” Galvin, born September 17, 1937 in Ybor City (Tampa) Florida to Tony and Annie (Vaccaro) Parrado. Rosalie, was given the nickname Lilly by her Sicilian grandmother, because she thought Rosalie was “too big a name for such a little girl”. A 1957 graduate of Jefferson High School, Rosalie worked as a bookkeeper at Jim Walters Homes Inc. in Tampa, and served migrant workers in the 1970’s in Clinton County as part of the CITA program. For many years, She was an active member of Indiana Right to Life, AWANA youth programs, Manson Congregationalist Church, Antioch Christian, and most recently, Crisis Pregnancy Center. Rosalie, known for her Latin cooking, beautiful gardens, kindness and faith in Jesus joined him and her family and friends in paradise on December 4, 2015.

Services will be held at 3 p.m. Wednesday, December 9, 2015 at the Goodwin Funeral Home. Friends may visit starting at 1 p.m. prior to services. Her burial will be in Green Lawn Memorial Park. Memorial donations may be made to the Crisis Pregnancy Center in Indianapolis. Envelopes are available at the funeral home.

her brother, Tony Parrado Jr., sons Carl, Mark and David, and her daughter, Kathy. Her grandchildren Kelli, Shane and Jacob, and five great-grandchildren.