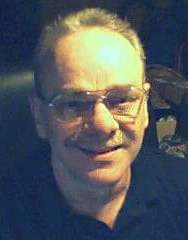 Ronald G. Northern, 61 of Frankfort, Indiana passed away on August 6, 2015 at 12:35 P.M. at I.U. Clarion Health in Lafayette, IN.
He was born May 16, 1954 in Lafayette, Indiana to Charlie Northern Sr. and Jenny (Hall) Lowry.
He was previously married to Teresa Wilson. His companion was Rhonda Quick.

Ron was a retired Frito Lay where he worked in sanitation for over 14 years.  He attended Benton Central Schools.

A Memorial Visitation will be held from 5-8 p.m. Monday, August 10, 2015 at the Archer-Weston Funeral & Cremation Center.

He was preceded in death his parents.