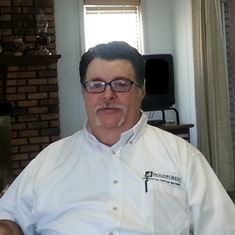 Ronald D. Weller 59 of Marshall, IL formally of rural Frankfort, IN.
Passed away at 5:20 a.m. May 18, 2013 at Methodist Hospital in Indianapolis, IN
Born May 14, 1954 in Danville, IL to Harold Weller and Reva L. (Cole) Weller Turner
Mr. Weller married Brenda Kristine Brant on July 31, 1976 at the First Baptist Church in Frankfort, and she survives.

Mr. Weller was the branch manager of Woodforest National Bank in Terre Haute, IN. for the past year. He had previously worked at First National Bank of Ottawa, IL. He was a 1972 graduate of North Vermillion High School; he went on to graduate from Manchester College with a Bachelor’s Degree in Business Administration. He was a past member of the Kiwanis Club of Ottawa, IL. He was on the board of directors for Human Resource Center in Paris, IL. Mr. Weller enjoyed reading, cooking and especially making pies. He was an avid Chicago Cubs and Chicago Bears fan.

He was preceded in death by his Father.