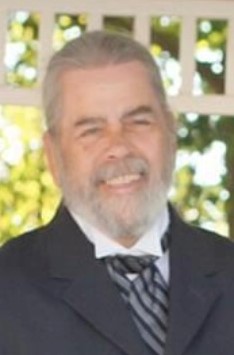 Robby was a 1969 graduate of Frankfort High School.  A veteran of the US Marines he served in Vietnam from 1970 – 1973. He was a member of the Scotland Christian Church. He had worked at Goodwin Funeral Home as a young man and retired from Frankfort Community Schools where he was a custodian and facilities manager for 17 years.  Robby enjoyed guitar playing, golf, flea marketing and acting at the Red Barn and Civic Theatres.  Rob’s greatest joy in life was being called “Dad and Grandpa”.

Memorial donations may be made to the Clinton County Civic Theatre or the Red Barn Summer Theatre, with envelopes available at the service.

A Celebration of Life Visitation will be held at 12 Noon – 3 p.m. Saturday, August 27, 2022 at The Frankfort Crossing School, 3002 E. Wabash St., Frankfort.  A Memorial Service with John Leitzel officiating will begin at 3 p.m. on Saturday at the school.  Goodwin Funeral Home and Clinton County Crematory are honored to assist the Benge family.

He was preceded in death by his parents, daughter: Arianna Belinda Benge, and sister: Margery McDonald.