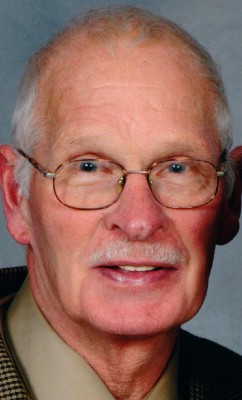 Robert Lloyd (Bob) Johnston, 78, of Lafayette, passed away on January 22, 2015 at Franciscan St. Elizabeth Hospital. He was born in Distant, PA on August 12, 1936 to the late Edward R. and Eldia Mae (Courson) Johnston. His marriage was to Louella Jane Reichard in New Bethlem, PA on March 1, 1958, and she survives. Bob served in the United States Marine Corps from 1954 to 1957. After the Marine Corps, Bob worked as a construction engineer, first for Toy Drilling, and then with Operating Engineers Local 66, until his retirement in 1998. Bob was an avid fan of the Pittsburgh Steelers and scholastic and collegiate wrestling (especially the Penn State Nittany Lions). After moving to the Lafayette area in 2002, he donned the “Old Gold and Black” and closely followed Boilermaker athletics. He enjoyed fishing, tending his expansive yard and garden, and spending time with his family. He never missed his grandchildren’s athletic events and other school-related activities. Bob and Louella’s home was the scene of countless large family gatherings and celebrations. Bob was a model of integrity, dedication, and an ethic of hard work – values that he sought to instill in each of his children. Bob attended the First Church of God in Lafayette and worked tirelessly and unselfishly in service to that congregation. In lieu of flowers, memorial contributions may be made to the Leukemia and Lymphoma Society, www.lls.org.

Friends may call from 11 a.m. to 1 p.m. Monday, January 26, at the First Church of the Nazarene, 2056 E. Wabash St., Frankfort, IN. Funeral service to follow at 1:30, Pastor Gregg Davis and Mike Harville will officiate. Interment with military honors will be at Zion Cemetery, Tippecanoe Co., IN. Goodwin Funeral Home, Frankfort, IN is entrusted with care.