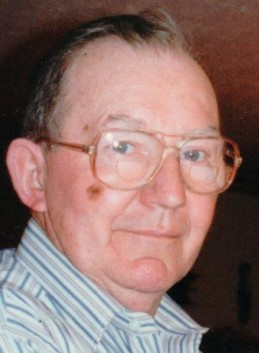 Robert L. Querry 86, of rural Frankfort, died at 11:41 a.m. December 18, 2015 at his home.  Born March 13, 1929 in Spencer, IN to the late Dode & Esta Mae (Lamm) Querry. He married Flora Faye Bullock on November 27, 1952  and she survives.  Mr. Querry attended Frankfort High School. He then joined the U.S. Army serving in Korea during the Korean War for 3 years. He worked at Ing-Rich in Frankfort for over 30 years, then Fairfield Manufacturing in Lafayette for 5 years, and then AgMax. He also owned and operated the Antique Clock Shop in his home. Robert was an avid bowler, competing in several tournaments, enjoyed horseshoe pitching, shuffleboard and gardening. He was known by many as “tick tock”.

Visitation will be 1:30-3:30 p.m. Tuesday, December 22, 2015 at Goodwin Funeral Home, with the service beginning at 3:30 p.m. at the funeral home. Pastor Karen Bray will officiate. Burial will be in Kilmore Cemetery. Memorial donations may be made to the Clinton County Special Olympics, P.O. Box 42, Frankfort, IN 46041.