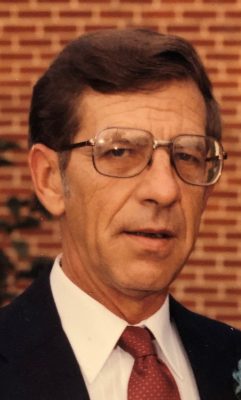 Bob was a 1954 graduate of Little Jeff High School.  He worked for the Clinton County Highway Dept. then Dorner Chevrolet and Ray Rudd Buick Pontiac Car Dealerships in the parts department.  After retirement from Ray Rudd’s he worked at Frankfort Golf Course for 10 years.  Bob was a veteran of the U.S. Army, serving during the Korean War.  He was of the Methodist Faith.  He was a previous member of the Elks Lodge, enjoyed spending time on the farm, loved vacationing in the Cayman Islands and was an avid Clinton Prairie sports fan.

Visitation will be 3-7 p.m. Thursday, December 12, 2019 at Goodwin Funeral Home, 200 S. Main St., Frankfort. Funeral Celebration will be 1:30 p.m. Friday, December 13th at the funeral home. Burial will be in Bunnell Cemetery. Memorial donations may be made to the Clinton Prairie Athletics or Clinton County Cancer Fund.