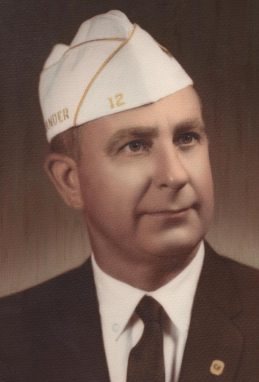 Bob was a 1945 graduate of Frankfort High School. A veteran, he served in the U.S. Marine Corps during WWII. He worked for Standard Oil, John P. Pearl & Assoc., and AGIA Insurance Administrators.  He was a member of the St. Paul Lutheran Church.

This service will be live-streamed at 4 p.m. Friday, April 15, 2022.  Please click the link below to participate.

Visitation will be 2-4 p.m. Friday, April 15, 2022 at Goodwin Funeral Home, 200 S. Main St., Frankfort. Funeral services will begin at 4 p.m. at the funeral home. Burial with Military Rites will be in Bunnell Cemetery. Memorial donations may be made to American Legion Baseball Department of Indiana, 5440 Herbert Lord Road, Indianapolis, IN 46216.

In addition to his parents, he was preceded in death by sisters, Doris Ayers, and Carol Stringer, brothers, Paul Ayers, Roy “Taxi” Ayers, James Ayers, and Don Ayers.