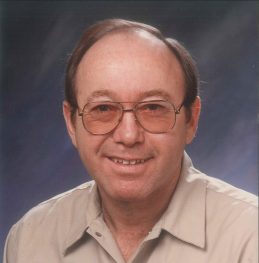 Express your sympathy by sharing this obituary with family and friends.
Robert Allen, 83, of Frankfort, Ind., died Jan. 12, 2023 at IU Health Frankfort Hospital. He was born on June 21, 1939 in Howard County, Ind. to Isaac and Catherine (Adkins) Allen. His marriages were to Sharon Turner and Rita McKinney.
Robert was a 1957 graduate of Northwestern High School in Howard County, Ind. He worked for Purdue University as a Clerk in the Physics Building for 15 years, retiring Aug. 31, 2005. Robert had also worked at General Foods in Lafayette and Zurn Industries in Kokomo.

Funeral service will be held at 7 p.m. Tuesday, Jan. 17, 2023 at Goodwin Funeral Home, 200 S. Main St., Frankfort. Friends may visit 5 p.m. until the time of service at 7 p.m. at the funeral home. Burial will be in South Union Cemetery, Howard County, Indiana at a later date.

He was preceded in death by his parents, step-son: Samuel Petrey, 1 sister: Dorothy Leisure, and 2 brothers-in-law: Jim Hardison and Sam Leisure.