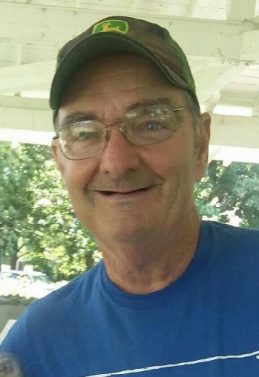 Richard M. Carney, 63, of rural Michigantown, Ind., died at 7:10 a.m. February 18, 2017 at St. Vincent Frankfort Hospital. Born September 25, 1953 in Clinton County, Ind., to Artus R. & Patricia A. (Randolph) Carney.  He first marriage was to Phyllis Jean  Moore and she preceded him in death.  He then married Lovie (Dunn) Hatfield on January 7, 1995 and she survives. Dick attended Frankfort and Clinton Central Schools.  He was a lifelong resident of Clinton County.  He was a truck driver for over 40 years for Pelling & Pelling Trucking, Boyleston, Ind.  He enjoyed model trains,  table games, pitching horseshoes.

Visitation will be 1-3 p.m. Wednesday, February 22, 2017 at Goodwin Funeral Home. Service will follow at 3 p.m. at the funeral home. Pastor Matt Skiles will officiate. Burial will be in Whiteman Cemetery. In lieu of flowers, memorial donations may be made to the Carney Family to assist with final expenses.