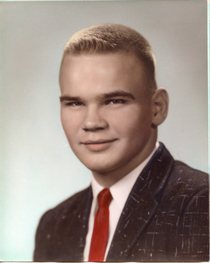 Richard K. Kindley, Kokomo, died at 8:14 a.m. Sunday, January 26, 2014 at his home. He was born November 20, 1942 in Frankfort, the son of L.C. and Jessie (Chamberlain) Kindley.
Richard was a 1961 graduate of Jackson Township High School and attended Purdue University. He retired from the Chrysler Transmission Plant in 2001 after 30 years of service. He was a member of UAW Local 685, Izaac Walton League and Gold Wing Road Riders Association. He enjoyed riding and traveling on his Gold Wing as well as gun collecting and shooting sports.