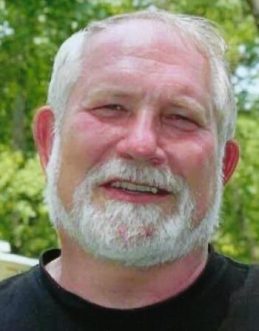 Richard H. Hoffman, 66, of rural Frankfort, died March 9, 2019 at St. Vincent Hospice, Indianapolis.  He was born March 28, 1952 in Frankfort to Howard & Betty J. (Smith) Hoffman.  He married Ledina Languell in 1971 and they divorced, he then married Carolyn Adams in 1987 and they later divorced.

Richard was a 1970 graduate of Clinton Prairie High School and attended classes at Ivy Tech.  He was a lifelong Clinton County resident.  He worked in maintenance at National Seal/Federal Mogul, retiring in September 2017 after 46 years.  He was a former member of the Clinton County 4-H Fair Board, enjoyed camping, mushroom hunting, farming and working with RD Electric.  He also enjoyed running after his grandkids and attending sporting events

Visitation will be 3-8 p.m. Friday, March 15, 2019 at Goodwin Funeral Home, 200 S. Main St., Frankfort. Funeral services will be 10:30 a.m. Saturday, March 16th at the funeral home. Burial will be in Green Lawn Memorial Park. Memorial donations may be made to the Clinton County Cancer Fund, 241 S. Broadway, Frankfort.

In addition to his parents, he was preceded in death by a brother, Jimmy Hoffman and a brother-in-law, David Carr.